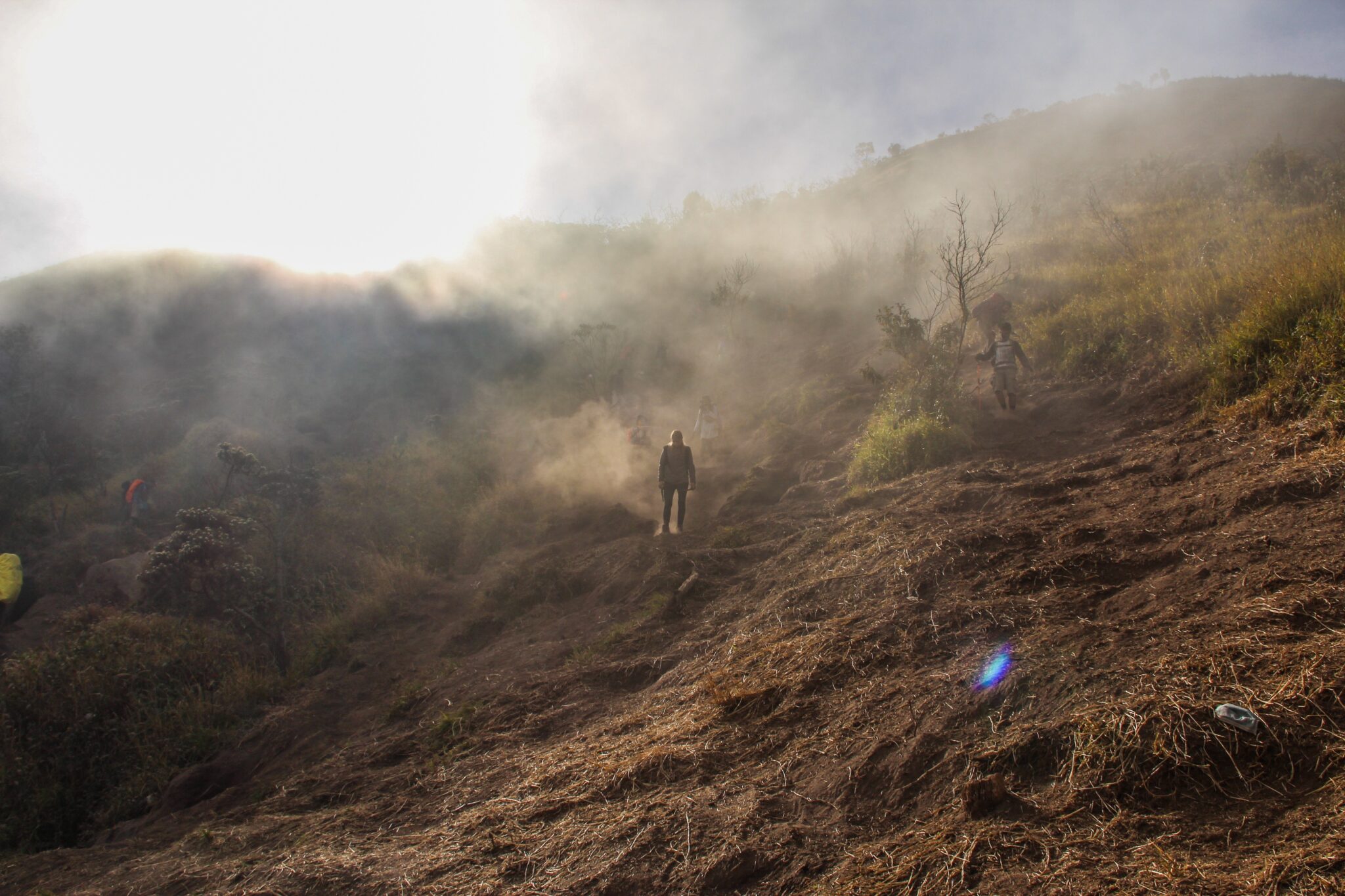 Merbabu via Gancik trail (no fee)

Java is a stunning island filled with great people who will always serve up a smile in passing, it has jaw dropping natural beauty, centuries old culture, is light on the wallet and a hikers paradise. For some, Java, Indonesia has it all.

Sadly, Java also has extortionate pricing for foreigners which hits families particularly hard. Charging $20 for ‘entry’ to walk up a mountain is bad enough, but a man with 3 kids, aka me, is slammed with an $80 fee for a day out. On top of extortionate fees to get out of pretty much any city in the country. So, when I rocked up to Yogyakarta with the intention of hiking up Merbabu, for those highly acclaimed views over Merapi and the region, I did so with 3 kids and the intention of doing it as cheaply as possible, and this meant not paying the scam fee for Merbabu.

Public transport is available from Yogyakarta, websites say you should go via Magelang, you don’t need to. Take the bus to Muntilan, then to Ketap Pass, then onto Selo. The issue with this is that the first bust to Muntilan is not until 6am. We decided to take a grab for 195,000Rp (£12) left our hotel at 5am and was in Selo by 6.30am.

The vast majority of hikers from Yogyakarta hike the Selo route which is the trail from Seleo to Merbabu, they get ditched in Selo village then take an Ojek (motorbike) up to basecamp, pay their fee and head off. We had to avoid this. Being 4 people meant we couldn’t get an Ojek and after some discussion with a guy who wanted 150k to take us the 3km to the Guncik Basecamp we knew we had to walk. The Guncik trailhead (basecamp) is Bukit Gancik Selo Boyolai which is some crazy tourist attraction involving bikes and a wire.

Here is the thing, every single step from Selo village to the summit of Merbabu is uphill and few places are steeper than the hike up the pavement from Selo trailhead to the Guncik trailhead. As we sweated up the hill, some guy appeared out of nowhere with impeccable English and started telling me how the Gancik trail was illegal and that we should detour to the Selo trail. Scam bells started ringing. Years of travel have taught me that whenever a young guy turns up out of nowhere and speaks almost fluent English he is scamming you. And he was. He ramped up his scam to level 10 telling me I would be in serious trouble if I hiked the Gancik trail and that he would drive us to the Selo Basecamp. I later realised that cars cant make it to the Gancik trailhead, which eventually becomes a scooter wide path, as steep as physically possible. My scam-o-meter had worked flawlessly.

The trail itself is well marked and and difficult to get wrong. Beginning at Bukit Gancik Selo Boyolali, a sort of tourist attraction where folks with nerves of steel and stupidity cycle across a wire high above the ground. The path is concrete into the forest and the turns into a dirt track that winds upwards. After maybe 90 minutes you meet with the first camping place, and this is where the trail from Selo joins, from this point onwards you are with anyone else on the trail.

Eventually you progress through a number of marked ‘POS’ which I can only assume are ‘positions’. Soon enough (it took us 4 hours) you are signposted for the summit. The hike itself is tough, especially in the heat, but made more difficult due to the amount of dust present and softness of the ground. Every step is literally like walking in sand, but uphill.

The summit is actually a double summit maybe 50 meters apart, both offering the same, stunning view above the clouds and as far as the coastline.

We took with us 3 litres of water each, some nuts and snacks, and when we realised there were no more buses back to Yogyakarta simply waved a driver down, offered him half a million and were snoozing our way back to Yogyakarta ready to hit town and grab some food by 9pm. Amazing hike, amazing views, amazing day.

So hike Merbabu, avoid the fees and use the must steeper, but much faster Gancik trail. 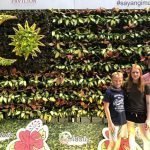 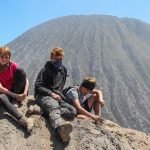 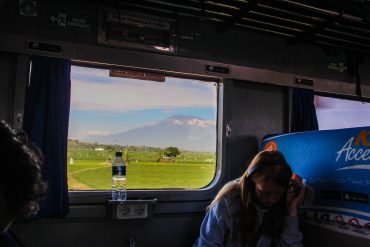 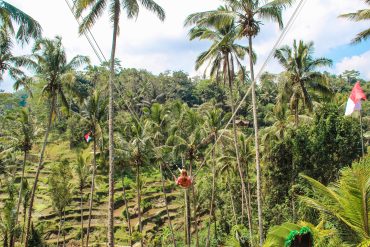