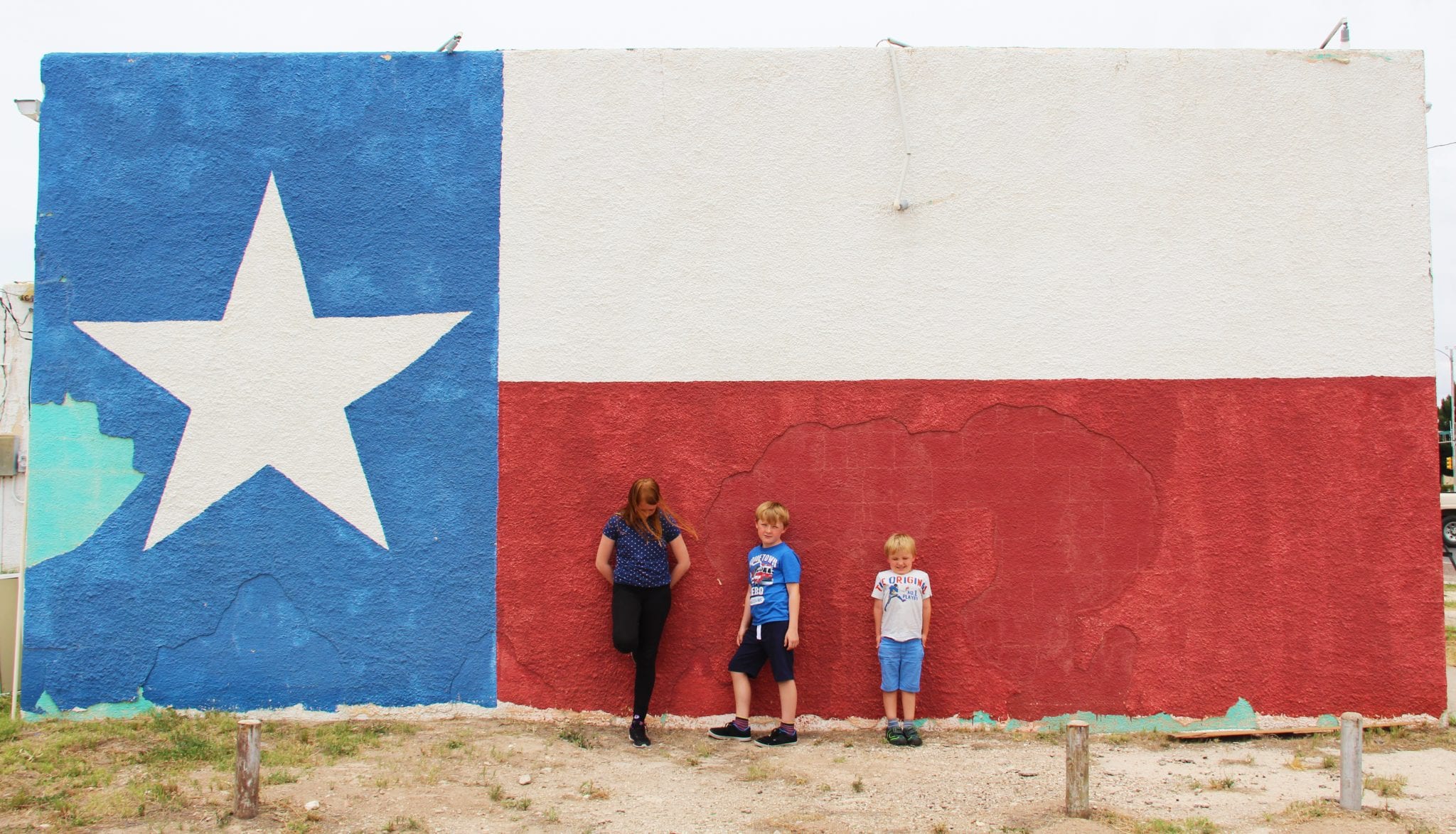 Texas. The second biggest state in the US, a land mass so vast it is almost a thousand miles abreast and home to some 27.5 million people. With vast landscapes, some of the country’s richest history and a perfect fusion of Mexican-US culture it is no surprise that Texas sits firmly as the countries 6th most visited state by foreigners. Yet few foreigners hit up Texan roads beyond the major cities. Size is the obvious reason, with 600 miles between Houston and El Paso most opt to save the road tripping to the western states. However, with a little bit of patience, a touch of planning and a lot of caffeine, a road trip through Texas is memorable, enjoyable and most of all a fantastic experience.

Starting out in Houston you really are spoilt for choice for what to do, where to stay and places to eat. A visit to the Johnson Space Centre is a must for space enthusiasts, kids and anyone that wants to utter the words ‘Houston we have a problem’ with some kind of authority. Arrive early and bail by lunch allowing your afternoon to be spent getting cosy with nature at the museum of natural science. Check the schedule for Houston Astros and catch a game at the world-renowned Minute Maid stadium. Those staying for longer than a day or two can hit up the zoo, drench themselves in fine arts or gawp in amazement at some of the cities decent m

San Antonio is on everyone’s Texas wish list. A gorgeous, leafy city famed for its river walks, Mexican culture and The Alamo it is arguably Texas’s best offering for tourists. Rich in history, this artsy American city straddles the perfect balance between relaxed and maintaining its UNESCO heritage missions. Whether you walk the heritage trail, stroll the river, dine in upmarket restaurants beneath trees older than time itself, or stand in awe at the largest cowboy boots in the world. San Antonio has something for you, and for me, cements itself as one of the country’s most beautiful cities.

Driving north towards Austin it is almost criminal not to stop of the state’s best outlets to stock up on cheap Levi’s, Tommy Hilfiger and a snazzy Ralph Lauren shirt to make yourself feel decent. Austin itself is currently on chill level 10 and working hard towards keeping the relaxed, somewhat bohemian feel. Despite tourists heading en-masse to sample good beer and to make themselves seem all cosmopolitan as the take selfie after selfie at the state capital, the best of Austin is its green spaces. Obviously, you absolutely must (it is probably Texas law) visit the LBJ library. Walk around, act interested, pretend you are a library expert and then bounce. On the fringes of Austin is Zilker park, with the Colorado river running through, it is the perfect spot for a bit of skinny dipping, lazing around and wasting the day away staring at a deep blue Texan sky.

Texas Hill Country takes into account 25 counties all lush with rolling, picturesque hills beaming with lavender, peaches, vineyards, Texas bonnet flowers and rattlesnakes. Come at the right time of year (May) and you will be presented with more photo opportunities than you can shake a stick at. Effortless opportunities of postcard perfection await. Visit outside of flower growing season and spend your time drinking your way through the many, many, many vineyards. Alcohol connoisseurs will likely find the few distillery’s and nurse hangovers in Fredericksburg, the town which claims to be central to all things awesome in the area. A claim that is a bit meh to be honest.

Truth be told, Fredericksburg or quaint little Kerrville just down the road are pretty much the ends of the earth as far as civilisation goes for now. The city seekers will turn around at this point. But those keen on red eye drives and slices of New Mexico will continue into Western Texas. Famous for absolutely nothing, West Texas is literally a bunch of roads through oil fields and nothingness heading to El Paso.

The I-40 west epitomises the road to nowhere and some of the state’s most obsolete towns will flash by in a blink. Cowboy fans will be salivating at the opportunity to drive as far as Fort Stockton before taking a southerly exit towards Big Bend National Park, home to the Chisos mountain range, Chihuahuan desert and go lucky Mexicans making the stroll northbound. Sitting atop anorexic horses, John Wayne enthusiasts can curl their mouths and let everyone know that “life is tough, but it’s tougher when you’re stupid” whilst wives snap away their boredom with a $50 camera from a Walmart sale.

Continuing along the I-40, West Texas is home to Alpine, the turnoff for the states epitome of art, Marfa.  Keen to nab a slice of the art massive, Alpine has been quick to knock up a few art galleries and spawn a hippy-esque crowd busy smoking joints, rolling their beards and discussing how one day they might hike one of the towns great trails.

Few places in the United States have gained as iconic a status in the art scene as Marfa. Nestled in the desert, Marfa has drawn tourists for decades keen to see the lights at night that no one seems to know the source of. Having never seemed to have occurred to anyone to drive and check them out, lights near Marfa have long formed stories of UFO’s, and a mystical presence largely misunderstood. When tourism tired, art galleries sprung up, including the most famous Prada shop in the United States. Painted walls, olde buildings, stoned locals and Chinese all seeking a slice of a $5 painting on sale for $20,000 abound. People talk about Marfa being ‘one of those places you never want to leave’, but seriously, I found Marfa to be one of those places you are happy to exit. A self-indulgent collective of mystifying objects passed off as art work, Marfa is one of those places you smile because you went to it, but forget about soon after leaving.

As the road begins to reach El Paso you begin to feel a real sense of purpose. One of the United States safest cities, separated by a wall from one of the world’s most dangerous cities feels oddly unique. The obnoxiousness of a 50ft tall American flag flying in the face of murder, poverty and desperation is either a step too far, or an indication that bleakness does not rule out hope.

With its naturally, distinctive Mexican feel, El Paso is a perfect blend of sombreros, tacos and big American cars. It is a wonderful city, cheap by US standards and feels like a movie set from some naff 60’s flick whereby John Wayne saves the whole of the country versus one billion Mexicans. Movie studio it is not, but corner of Texas, New Mexico and worthy visit for any tourist it really is. Scenic drives, state parks, historic sites and museums are all within easy reach of the city. It is the perfect rest stop from the endlessly baron roads of West Texas and one of the country’s most economical cities for the tourist.

New Mexico markets itself as an enchanting place and few would disagree. With adequate time, you could get lost amongst some of the best the West has to offer. As part of a West Texas road trip, it would be a shame to not head directly to the White Sands National Monument. Home to rolling sand dunes akin to talcum powder and coloured a shade of white that has yet to be invented, it is another world. Purchase a skid pan and zoom down dunes as though you were a child again. Dodge cacti, brave dehydration and hike through a landscape so unusual it is unfathomably mythic.

Continue north and hit up the town where paranoia breeds excitement. Turned on by the thoughts of a mysterious crash in 1947, the town has been selling alien shaped candy ever since. With everyone’s kitchen a homage to what they witnessed, Roswell is the breathing heart of everything green and funky. Catch the airplane graveyard on the way out.

Carlsbad Caverns National Park is one of those places that sounds snide. Admittedly it doesn’t have the best name and probably, with hindsight it might have been named differently. But don’t be fooled. This is easily one of the best national parks in the country, and one of the most uniquely spectacular places on earth. A cave of epic proportions it is naturally manicured to perfection. Rock geeks will have finally found home. Everyone else will walk around, 750ft underground in absolute awe at the chambers, formations and ignorance of those that brought torches.

Heading back towards Dallas is a trek. Abilene offers a good place to stop and explore, whilst it’s cheap, quirky little zoo will break the monotony of the I-20.

Thoughts of cruising into Dallas, wind blowing through your hair, music blasting will quickly become realisations of the Dallas traffic jam. With the entire city pretty much turning into a car park late in the day, many tourists would do well to stay on the outskirts. Fort Worth is a good bet, whilst the energy corridor is home to the cheapest mid-range hotels.

99.9% of tourists are there to visit the place that put Dallas on the map – Dealey Plaza, home to the biggest US conspiracy of all time. In uniquely American taste, the place where JFK was shot is marked on the road with a white cross, somewhat distastefully, tourists take selfies with perhaps the most famous piece of road in the State. Dallas is home to some beautiful outdoor spaces, and great American museums and landmarks. It is for many the epitome of Texas, and a true nod to the 27.5 million Texans beaming with lone star pride.

A road trip through Texas is one of those things you struggle to imagine yourself enjoying, long empty pieces of nothing dotted with oil pumps and a loneliness that often makes you feel like you’re at the end of civilisation. Yet with the right company, a good playlist, a sense of adventure and a V6 under the bonnet you will find yourselves in one of the friendliest and most welcoming places in the United States. Oh, and Texas is home to some of the cheapest gas in the country. 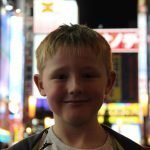 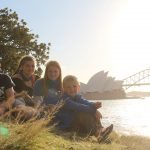 Sydney to Darwin – Part one; The Great Ocean Rd 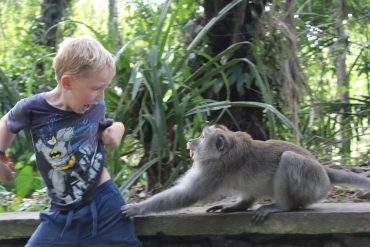 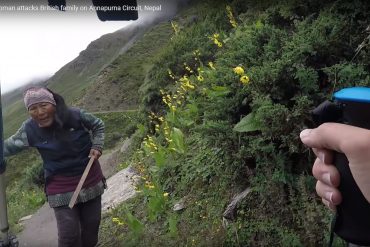